A recent conversation over in the social medias (join my Dungeons & Dragons 5e group in MeWe) with Cam Banks has me thinking about other takes on elves. In particular, he was looking for lower-magic elves with no cantrips or teleports. There’s not a lot of official content that points in that direction, since he specifically didn’t want to use wood elves or wild elves. Point is, I want to explore some other kinds of elves, particularly drawing on content I’ve loved in Atlanta-area LARP settings (though the Wildlands setting originated in Boston).

First, let’s characterize D&D’s elves. Their strongest influences appear to be Tolkien, including lifting several names from the Silmarillion (see the featured image), but taking only the most Cliff’s Notes versions of themes. The mechanics of 5e elves emphasize:

There are also mechanics that seem half-hearted efforts to present a theme, such as Elf Weapon Training. It’s a nod to the original elf class as fighter-mage, and its general purpose seems to be a backstop – a hard minimum on how much martial ability a character can have. Proficiency in longswords, shortswords, longbows, and shortbows means one Strength weapon and three Dexterity weapons. Most classes that would want to use those weapons already have them, because (for obvious reasons) they’re otherwise provided them. Melee clerics other than the War domain are one of the only big exceptions. You can play a wizard (other than Bladesigner) with a longsword, but considering what an odd mistake it would be to spend your round using it, the feature is a ribbon.

This is a significant pet peeve for me, as I think is pretty obvious. Partly as a creative exercise, I’m limiting my efforts in this post to subraces – I’m not making changes to the core elf racial features. But hey, Elf Weapon Training stays within that remit! So I’m not dropping +2 Dex, long life, size, speed, darkvision (though I’d like to), keen senses (mostly don’t care), fey ancestry (eh, fine, whatever), trance (I’d really like to can this one, it does nothing for me), or languages. 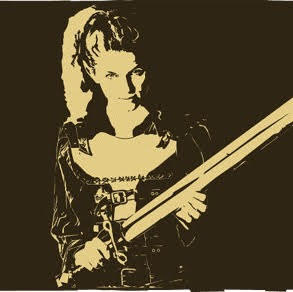 Photo subject Veaya Stembridge. I’ll add the photographer’s name when I find it out. Photo editing by Travis Sharp.

In Shattered Isles and King’s Gate, each nonhuman PC race is connected to one of the elements (Fire, Air, Stone, Wood, Water, Metal). Elves are, of course, the people of Wood, with barkskin and forestblend as racial abilities. They also have a racial restriction such that they become visibly marked (facial makeup requirement) if they break an oath. What would a more tree-ish subrace of elves look like? 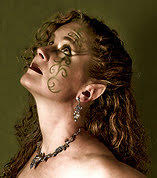 If we’re doing Baskin Robbins 31 Flavors of Elves anyway, I’m going to Wildlands for one or two more. In Wildlands, there are fire, storm, earth, sea, sun, shadow, and dark elves. Because of their cool facial makeup, fire elves were probably the coolest. (Sea elves were what D&D would probably call malenti – looks like an elf, acts more like a sahuagin, no water breathing as far as I recall.)

If you know what a Dragaeran is, you probably know that they’re the humans and it’s the Easterners that are… not. If you know what an Easterner is, you probably know that they’re the humans and the Dragaerans are elfs. Each of the Dragaeran Houses is different in minor but observable ways, other than the House of the Jhereg. What they don’t have are meaningfully different in-combat or out-of-combat features from one another. Sure, the Dzur and Dragons are the superior warriors and soldiers, Athyra are the mages, and so on… but still. Those are so much more like class tendencies that I wouldn’t try to load that into race. (I’m also not offering access to the Orb here – since Easterners can gain that too, it’s not a racial feature.)

If you’re not familiar with Dragaerans, the Ability Score Increase below is about the fact that they’re considerably stronger than Easterners. 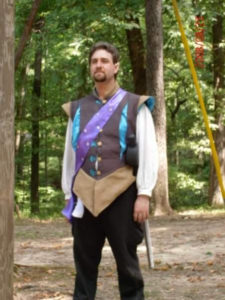 Kainenchen had a great idea for a different angle on a setting, and one that’s especially appropriate to Dragaera. What would it look like if all of a setting’s mechanics assumed that elves were the default, but still didn’t believe in ability score penalties (just as 5e did away with them)? You’d finally have mechanics that had to say something interesting about humans. Sure, an actual Dragaeran (other than Zerika, Kragar, or the other protagonist types) would be hard-pressed to stat them as anything fun to play, but let’s skip that for now. Humans would be agile, small, maybe dangerous fencers, probably all gifted in the exotic art of witchcraft…

That’s well beyond the scope of this post, but it would be an interesting project for getting inside the elves’ headspace. 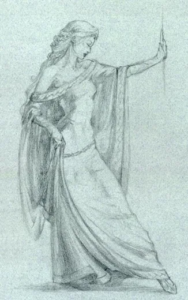 The elf subraces are highly varied in their power, but only drow and eladrin reach all that far. Well, and any avariel subraces that might be lying around. I’m least satisfied with the Barkskin feature of the SI/KG elves; something that scaled with your proficiency bonus would be more interesting. I love what the Wayfinder’s Guide to Eberron did with that, but it’s a lot more mechanical space than I want to take up.

With the Dragaerans, what I cared about – and what I think makes them more broadly applicable to other settings – is that I’ve never seen a version of elves that emphasized the benefits of extreme long life and a deeper connection to the cycle of reincarnation than other races. Elves are also usually political in a way that goes deeper than other races – the Silmarillion is just another example here.

There’s a pretty good chance I’ll write at least one more group of elf subraces, so that I can cover Dust to Dust’s Firstborn, SI/KG’s trow, and maybe the Noldor. But, well, if I’m going to do the Firstborn, I ought to try to write a whole character class for Firstborn magic. It’s… daunting.

In closing, a gallery of photos and sketches. 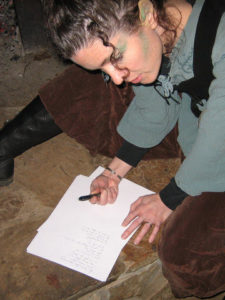 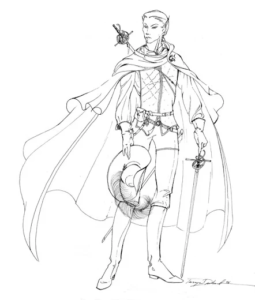 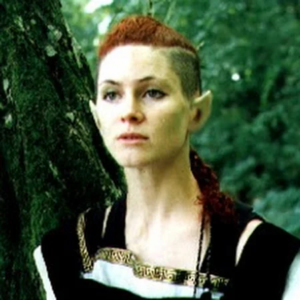