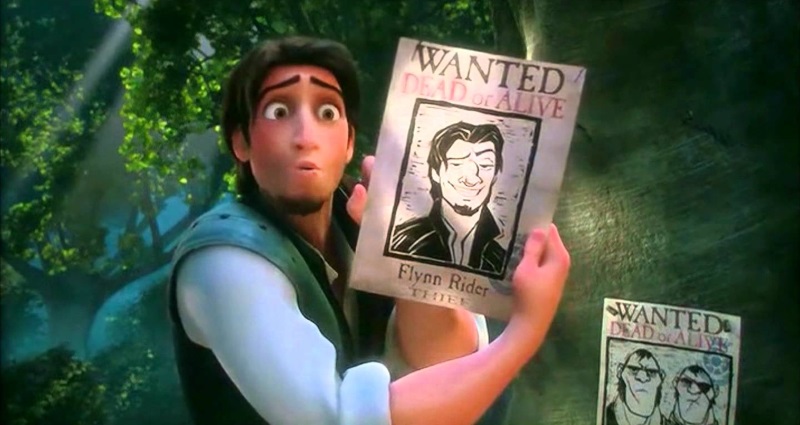 D&D’s Exhaustion condition is a six-level track, starting at a mild penalty and ending up in death. I really like what they’ve done here and how it intersects with the overland exploration system. Dehydration or starvation are really the main ways you ever go from Exhaustion 5 to Exhaustion 6, because Exhaustion 5 sets your Speed to 0 – you can’t really push on and work yourself to death. I want to explore alternate condition tracks that represent other looming and worsening threats. These are not intended to be appropriate for all campaigns. Rather, like most alternate rules, they are a tool in the DM’s toolbox for specific situations.

If you’ve been reading this blog its beginning, you know that I’ve been messing around with threat-track-like ideas for a long time, in many ways inspired by Fallen London. Scandal and Suspicion are shamelessly lifted therefrom, while Vile Hunger and Soul-Marked come from my LARPing background. I’m not strictly married to six steps for each track, though it is fairly convenient. Adventures in Middle-Earth‘s Corruption and Degeneration is also a great model for what I’m doing here, though implemented somewhat differently.

Unlike Exhaustion, many of these conditions don’t ease up with a long rest or two. The means of reducing or clearing these conditions often involves adventure or more extensive (and expensive) downtime action.

The tough thing about a Suspicion track is that it is regional and specific to the person doing the suspecting, but the trait is carried on the person suspected of wrongdoing. This is intended for urban D&D games that take a page from Blades in the Dark‘s Heat and Wanted Level stats.

There may be many different ways to gain and reduce Suspicion. I would suggest the following:

Gain Suspicion from: getting accused or caught in commission of a crime, performing innocuous actions while belonging to an oppressed minority race (tieflings and half-orcs, I’m looking at you), asking the kinds of questions that decent sorts of people don’t ask, or requesting restricted tomes at the library.

Reduce Suspicion by: turning yourself in and shifting blame onto someone else, standing trial, destroying evidence, paying exorbitant bribes, gaining the support of high-ranking nobles or officials, or laying low for one month per current level of Suspicion.

Scandal only matters if you intend to engage in politics or the daily life of the middle and upper classes. In a lot of ways, it’s like Suspicion that ends in self-imposed exile rather than arrest. In some societies, however, the endpoint of Scandal is getting stoned to death in the street, so proceed with caution. For example, the story of Cersei Lannister and Margaery Tyrell is a deadly game of scandals rather than suspicion.

Gain Scandal from: gaining Suspicion (if you are a Noble, Guild Artisan, or similar high-status Backgrounds), getting accused of violating codes of politeness or social mores that aren’t part of the law, or living below your means.

Reduce Scandal by: making lavish charitable donations, offering a humiliating public apology, winning a string of Hard social challenges, or retreating into social isolation for one month per current level of Scandal.

Vile Hunger is for when your main campaign villain is the Wendigo or Yeenoghu or the like, and PCs might be influenced by that entity’s power to dine upon more… exotic… fare. A less disturbing variant of this could represent a longing for the food and drink of Faerie, but where Exhaustion doesn’t seem quite right.

Gain Vile Hunger from: curses, proximity to altars to the dark entity, unwise use of mystical narcotics, willingly consuming the flesh of a living sentient creature, failing Wisdom saving throws against a variant use of the dream spell, entering into a psychic link with a creature that has Vile Hunger, or being reduced to 0 hit points by a ghoul or by psychic damage.

Temporarily ignore the effects of Vile Hunger by: giving in to the Vile Hunger and consuming the flesh of a living or recently slain sentient creature, wearing a talisman sanctified by a merciful God, or entering into a psychic link with an ally who does not have Vile Hunger.

Reduce Vile Hunger by: destroying an avatar of the dark entity, sacrificing yourself in a ritual to bind the dark entity, or completing a relic sacred to a merciful God. (It should be incredibly hard to get rid of Vile Hunger, so the campaign becomes a race against one’s own destruction.)

Soul Marks are in some ways a more general case of Vile Hunger, for when you have a variety of high-powered entities that can do such a thing and Hunger is off-theme for some of them. Shown below is just once possible construction of the idea – after all, the Wildlands South model of Marks was very different from the Dust to Dust model. In a lot of ways, this is a less-consensual version of being a warlock, and tweaking it to fit that concept is totally workable. Factoring this into a villain’s presentation is a whole other kettle of fish – for example, don’t make the villain that can screw the PC over be the main opponent of every adventure. One in three or one in four should be more than enough, considering just how screwed the PC gets at the mid-levels of Soul-Marked.

There might be any number of other threat-track structures; these are just four examples for different kinds of campaigns.