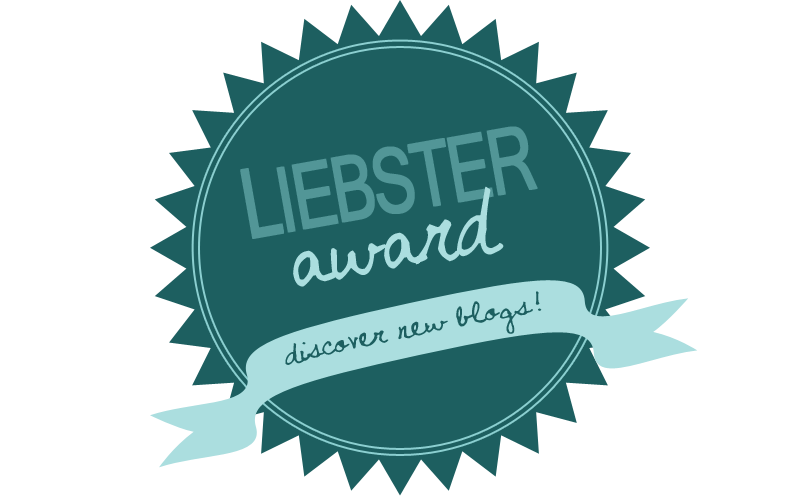 This blog was nominated for a Liebster Award today by +Dan Head, one-half of Dan & Sally’s Digital Domain. The Liebsters are a pay-it-forward kind of blogging award designed to help others find new and interesting small-readership blogs in the vast, unexplored reaches of the Internet. The good thing about the Liebsters is that being nominated means that someone’s reading your blog, and that they like your work.  By participating in the process, you can pass that love along and help others find readership, too.
1. Posting ten things about themselves.
2. Answering ten questions from the blog that nominated them.
3. Nominating ten new blogs of their own, preferably with 200 members or less.
4. Posing ten new questions to the new nominees.

Ten things about me:

1. I almost never blog about blogging, or about my personal life (other than the various games that are a part of my personal life). It’s just… not what I started this blog to do, and I’m a bit uncomfortable doing it now. Still, I’ll make an exception if it’s the price for people saying nice things about my blog and helping to drive traffic in my direction. My wife Kainenchen and I have just had our first child, and I am very excited about this.
2. I work from home as a freelance writer and game designer, as a way to let me take care of said child. Before that, I was in the video game industry, working for MFV.com as a lead designer. I was considerably disappointed to discover how little my seven years of industry experience mattered in helping me get a new job when I was laid off from MFV; I’m not really sure what they were looking for that I didn’t present, but I would have had to quit anyway.
3. I’ve entered Harbinger of Doom in the Ennies. Expected result: a tiny boost in blog traffic. 😉
4. I’m working on a few different indie video game projects at the same time – one that I’m designing and two for which I’m creating content. I am pretty sure I can’t talk about any of them right yet. Well, I could talk about the one I’m designing – the only person who could get mad at me for it is me – but it’s early enough in development that there’s not a lot of point in it. I’m also working on writing a short story and a novella or novel.
5. I have a B.A. in English from the University of Georgia, with a minor in History. I enjoyed most of my classes and got good things out of many of them, but I think it’s a crime that the English program never even touched on the topic of how to make a living with an English degree. It doesn’t involve being a fry cook, no matter what jokes people tell; clear written communication skills are a universal good. On the other hand, like a lot of things, you need a second skill as an adjunct to this; it’s almost impossible to go wrong getting a foundation in computer science.
6. I have been on Plot for three different boffer LARP campaigns. When we’re talking about multi-year arcs, three is a lot, though hardly record-setting. I’ve learned a lot from each campaign – and I wish I had known way back then some of the things I know now.
7. My favorite thing about our new apartment is that I sit literally surrounded by books and DVDs (in a library kind of way, not in a piles-of-clutter kind of way). My least favorite thing about our new apartment is that it isn’t our previous house, because aside from needing some repairs and being in a different state of the Union, it was pretty much perfect. We’ll just have to find a new dream home.
8. I’m a lot more confident in playing friendly or goodly NPCs than jerkasses or outright villains. It’s one of those things I should really work on. It would make me a better writer, too – I’ve completed few enough stories that I miiight not have ever actually written a credible face-to-face conflict between hero and villain.
9. If all of this sounds really… sedentary, other than the LARPing, you’d be right. Correspondingly, I am not now and have never been in shape, and I’m certainly not now. I am very slowly losing weight, though; our apartment means I climb a lot of stairs. Also there’s a small gym in our complex, and I sometimes do the treadmill thing.
10. I am an Eagle Scout. I’m proud of it as an accomplishment, but when I was applying to colleges, and to jobs right out of college, I was surprised to discover that it didn’t seem to make a difference. But like I said, I’m glad I did it, not least of which is because I feel great that my project helped people. Specifically, I built an outdoor study area for a low-income elementary school.

1.  What is your blog about, and why did you start it?

Harbinger of Doom is about gaming – tabletop, live-action, video, board, and card games, in no particular order. I primarily talk about game design perspectives and ideas. I started it the last time I was out of work for an extended time, because I wanted to refine my writing and to join in on the broader conversations of design.

I did not, because I have bad eyesight and flat feet and didn’t feel particularly called to military service. I hope it’s obvious that I respect the fact that it was and is the right decision for others.

3.  Are you an athlete?  What’s your favorite sport?

I am not at all athletic. I am a slightly-better-than-passable boffer fighter. As an observer, I love pro baseball, college football, and other sports generally. It’s been years since I was a dedicated sports buff.

5.  If you had to rename your blog, what would you call it?

Quintessence of Dust. The connection to Dust to Dust is the main reason; while I do not remotely claim sole creative and design credit, I rank it as by far the best setting I’ve created and the most fun I’ve had working on a project.

6.  When you read comics, do you pay more attention to the writing or the art?

The writing. The art is important, but my taste in writing is far more honed than my taste in visual presentation.

7.  Marvel has had a string of hit movies, but DC has fallen behind.  Besides Superman, Batman, and/or Wonder Woman, what DC superhero would you like to see in a movie?

In no particular order:
Batgirl
Cyborg
Harley Quinn
Catwoman, though Batman Returns comes close on that – I just think she deserves her own movie. Which she has not gotten, I would like to be clear.

8.  The game Dungeons and Dragons uses a set statistical block to describe Player-Character abilities on a scale of 3-18:
— Strength
— Intelligence
— Wisdom
— Dexterity
— Constitution
— Charisma
Using the attributes above, how would you rate yourself on a scale of 3-18, with 3 being incredibly feeble and 18 being amongst the best in the world.  If you were a D&D Character, would you be a Fighter, Rogue, Wizard, or Cleric?

And I’ll try not to sing out of key,
Oh, I get by with a little help from my friends.

Every cool thing I’ve ever done has come from and been enriched by collaboration with my friends.

10.  If you’re still in school, then what do you want to be when you grow up?  If you’re grown and working, what are you doing now?  How does that compare to what you thought you’d be doing back when you were a kid?

When I grow up I want to be a respected author and game designer. I’m an adult and I’m working toward those goals. At this point I don’t remember what I thought I’d do when I was a kid, though there’s at least one piece of written evidence that I hoped I’d be a “computer game designer.” Also I wanted to write. Now to figure out how to get praise and renown heaped upon my head without compromising my creative values… oh, who am I kidding, I’d sell out in a minute if there was money in it.

Kainenchen and I have hopes of opening a small game development studio someday.

This concludes the first two items of the Liebster award for me. In the not-too-distant future, I’ll post my ten nominees and my questions for them.