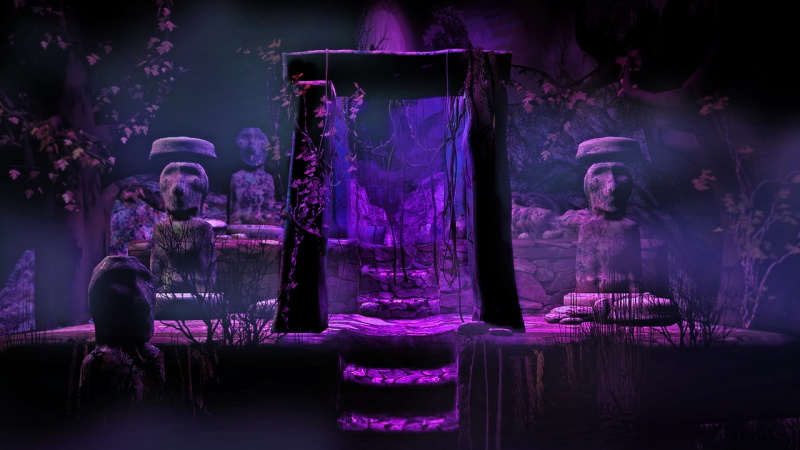 As part of a Very Special Episode of Edition Wars, Sam Dillon and I were talking about Player’s Option: Combat & Tactics, which includes random events at the start of every round that affect individuals or the whole battle area. I realized that in 5e, this could just get implemented as Lair Actions that aren’t targeted by the NPC. On a meta-level, the special thing about a true Lair is that someone is powerful enough that they’re a kind of gravity well for the vagaries of fate (or, you know, they wired the place to explode, whatever).

You could write custom actions for every terrain type, or even every encounter, but that would get unwieldy in a hurry. I’d rather have something like Dungeon, Wilderness, and Urban, but leaning into a sense that after you’ve used these tables for awhile, you’ll start substituting in alternate outcomes. I’m only covering Dungeon in this post, to test the whole approach.

Finally – these are still ultimately tilted against the players. They’re the protagonists – they endure and succeed because of grit and determination, not the world conspiring against their enemies. But there’s a really cool Disney-friendly variant that one could create if you brought this into 13th Age, using the Escalation Die. In kid-friendly adventure stories (cf. Hook), the protags don’t kill the villain, or even want the villain dead. Instead, they want the villain to stop fighting, but the villain’s destructive hatred eventually causes something in the environment to kill them (like a giant preserved croc). So you just use the Escalation die, or d6 + the Escalation die, as a table result, and you set “the croc falls on Hook” as the table’s result (either 6, if it’s just the Escalation Die, or maybe 10 if it’s d6 + Die).

On initiative count 20 (losing initiative ties), the GM rolls 1d10 on the table below. If an effect doesn’t work within the space as described, treat the result as no effect. For saving throw and check DCs, attack bonuses, and damage values, consult the “Trap DCs and Attack Bonuses” and “Damage Severity by Level” tables in the DMG. Unless specifically listed, all DCs and damage use Setback values. When this table refers to randomly choosing between PCs and NPCs, “NPC” is intended as shorthand for the opposition – treat NPC companions as PCs.

After the first 6+ result, don’t roll for further results. Use the event progressions described after the table.

Round 1: A random creature (roll 1d6: 1-4, a PC; 5-6, an NPC) rolls a Dexterity saving throw, suffering bludgeoning damage on a failure or half damage on a success. All spaces within 5 feet of the target become difficult terrain.

Round 2: A hole (circular, 5 feet across) or a chasm (15 feet long, 5 feet across) opens between two creatures that are hostile to one another. Creatures in or adjacent to the spaces where it opens roll a Dexterity saving throw or fall 20 feet. If this is architecturally impossible, ignore this result and repeat the effect of Round 1 for two different random creatures.

Round 3: A random creature (roll 1d6: 1-5: a PC, 6, an NPC) rolls a Dexterity saving throw. On a failure, the creature is restrained beneath falling stone or timber, knocked prone, and suffers bludgeoning damage each round at the start of their turn until they succeed a Strength (Athletics) check as an action, or another character spends an action to free them and succeeds a Strength (Athletics) check.

A candle, torch, or lantern catches something on fire. This event progression can end whenever creatures take sufficient steps to extinguish the fire.

Round 1: A fire source is knocked off a wall or slips from a creature’s hand, chosen randomly. An adjacent 5-ft square of ground is catches fire. When a creature begins its turn in the area or enters the area for the first time, they suffer 1d6 fire damage and catches fire, suffering 1d6 fire damage at the start of each of their turns until they use their action to roll a Dexterity check.

Round 2: The area of the fire expands 5 feet in each direction. When a creature begins its turn in the area or enters the area for the first time, they suffer 1d6 fire damage and catches fire, suffering 1d6 fire damage at the start of each of their turns until they use their action to roll a Dexterity check. If this result is illogical (bare, fireproof floor), the event progression ends here.

Round 3: One random creature (roll 1d6: 1-4, a PC; 5-6, an NPC) that is not holding their breath must roll a Constitution saving throw, becoming poisoned from smoke inhalation on a failed saving throw.

In these halls that have not seen the sun in centuries, an unspeakable terror takes root.

Round 2: A gust of wind extinguishes any unprotected flames in the encounter area.

Round 1: Two creatures of the GM’s choice within 5 feet of each other that are hostile to each other are moved by the flow of battle. They switch places. This movement does not provoke opportunity attacks.

Round 2: Two creatures of the GM’s choice within 5 feet of each other that have attacked one another with melee attacks are separated by their footwork, locking weapons, or the like. Each creature is pushed 5 feet away from the other.

Round 3: Two creatures of the GM’s choice within 5 feet of each other make contested Strength (Athletics) or Dexterity (Acrobatics) checks. If the result is not a tie, the loser falls prone.

Who can guess what Lady Luck will bring?

I want to thank Stands-in-Fire, Samhaine, and Marsupialmancer for their advice, which greatly changed the format of this idea. I do have some concerns that it has become something too complicated for quick use at the table, but maybe this becomes a tool you just pull out every once in awhile.

If the response to this is generally positive, I’ll take a run at adding Urban and Wilderness versions.