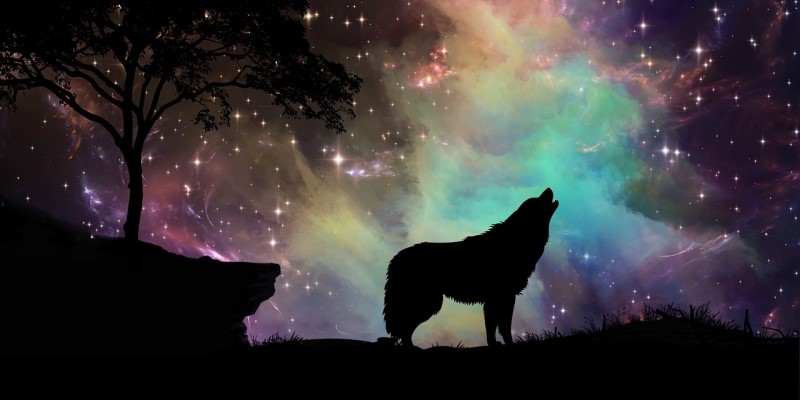 Over in that Twitter thread, we were talking about the function of totems as 4e magic items. I suggested that they could be intended for druids, especially the Circle of the Moon, and might boost the stats of lower-CR Wild Shapes, so that if shapeshifting to a wolf or panther is your preferred style, you’re not missing out on the much better hit points and attacks of higher-CR shapes. Nathan Dowdell suggested that they might “grant specific, unique wildshape forms… this silver moon totem lets you transform into a specific type of magical wolf, rather than just a wolf, for example.” In this post, I’m seeing where that idea takes me.

In the middle of writing this post, I had a conversation on Twitter with the patient and kind @dzcoinfiltrator, who points out the ugly connotations around the word “totem” and several other options. For the moment, I’ve settled on “relic” as a term for “hand-portable item of religious significance that isn’t specifically a spellcasting implement.” If you don’t like that answer, please don’t fight me about it right now.

This two-foot-long wooden rod bears a silver wolf’s-head at the tip, and its length is inscribed with moon-sigils. If you hold this in your hand while you use the Wild Shape feature to adopt the shape of a wolf, you instead assume the form of the Greatmoon Hunter, a wolf of myth and legend. The silver moon relic can grant you this form once, and regains the ability to do so at moonrise.

If you belong to the Circle of the Moon and you’re at least 9th level, use the following statistics. Otherwise, use the dire wolf statistics.

Well, right off, I feel like writing a new stat block for each item is going to be more than any of us really want to see for a magic item’s entry. Especially when it needs to be more involved than the baseline monster block. I’d suggest just releasing a monster supplement full of these alternate forms, but then Moon druids without the item could implicitly adopt that form. I can cordon it off by making its type Monstrosity rather than Beast (as with worgs, etc.), and the item is a specific exception to the rule that you can’t Wild Shape into monstrosity forms, but… I’m not thrilled with that either. There’s something to untangle here and I don’t have it yet. Let’s look at some other comparable implementations.

This wooden relic is carved from bronzewood, in the shape of a serpent, and adjusts to fit snugly around your forearm. It writhes occasionally, when you see it out of the corner of your eye. When you use Wild Shape to take the form of a constrictor snake or giant constrictor snake, you can use this relic to increase your maximum hit points in that form by 2d10 + twice your Wisdom modifier. You can add your Wisdom modifier to damage that you deal with your Bite and Constrict attacks. This snake form looks as if it is carved from bronzewood, and stories are carved into your scales. You can use this relic once, and regain use of it at sunrise.

This small leather pouch is filled with strong-smelling healing herbs. If you use Wild Shape while holding this relic, it is subsumed into your form. When you spend spell slots to heal yourself with the Combat Wild Shape feature, you can choose one creature you can see within 10 feet. That creature regains hit points equal to your Wisdom modifier + the level of the spell slot you expended.

This carving of a boar is made of quartz and no longer than a person’s thumb. If you use Wild Shape while holding this relic, it is subsumed into your form. When you use Wild Shape to adopt the form of a creature with the Charge feature, you gain the following:

This talisman is carved from jet, in the shape of a panther’s claw. If you use Wild Shape while holding this relic, it is subsumed into your form. When you use Wild Shape to adopt the form of a lion, panther, saber-toothed tiger, or tiger, you gain the following:

If nothing else, I think all of these would be interesting, fun things to receive as a druid. I’ve already said that I think the way I’ve handled the silver moon relic is a little clunky. My long game here is writing another 5-10 of these, possibly getting some other classes and subclasses in on the act, and releasing them as a PDF.

I think it’s possible I’ve given out too many extra hit points, for a subclass that is already about way too many hit points. I just think that those hit points are one of the key signifiers between a lower-CR creature and a higher-CR creature. Also, giving 16 or so extra hit points to the kinds of creatures that druids of other Circles turn into approaches the low end of actual combat viability, without (in my view) intruding on the Circle of the Moon’s edge there.

I’ve also repeatedly gone for benefits from the druid’s Wisdom. The Moon druid has such a weird relationship with ability scores – while they’re Wild Shaped, their physical stats get replaced, and many of the functions of mental stats aren’t usable. If you Wild Shape enough, you can play a low-Wisdom druid, in principle – so I wanted to thrust some more emphasis onto Wisdom.

The Pouch of Nature’s Balm is intended to ease (though not resolve) some of the tension around needing to drop Wild Shape to heal other party members. It’s the only one that requires attunement, because it’s the only one that doesn’t care about what beast form you adopt. It’s a lot like Blessed Healer (the Life domain feature), but +Wis instead of +2. My thought is that it needs to be those few points better than Blessed Healer because Combat Wild Shape healing is those few points worse than casting cure wounds, and because sustaining the hit points of a Wild Shape form is a kind of fundamental waste (i.e., you lose all remaining hit points when the Wild Shape ends).

The cat’s claw talisman is directly inspired by how cat druids in World of Warcraft play like Rogue-lites. All of the big cats are quietly statted with Expertise in Stealth (CR 2 and below, so proficiency +2; Dex of +2; total bonus +6 – I smell Expertise), so I wanted that to scale with the druid. I wanted them to play just a little more like rogues, so I gave them Cunning Action. I strongly considered giving them +Xd6 Sneak Attack that they can use with their claws, but Pounce is so good that I decided not to make that part of the item’s first draft.

If it wouldn’t make the magic item writeups unbearably complicated, it would fit theme for these relics (well, everything but the pouch of nature’s balm) to also be useful to Beast Master rangers and Totem Warrior barbarians.