Home » Dragonlance » The Wizards Who Don’t Do Anything 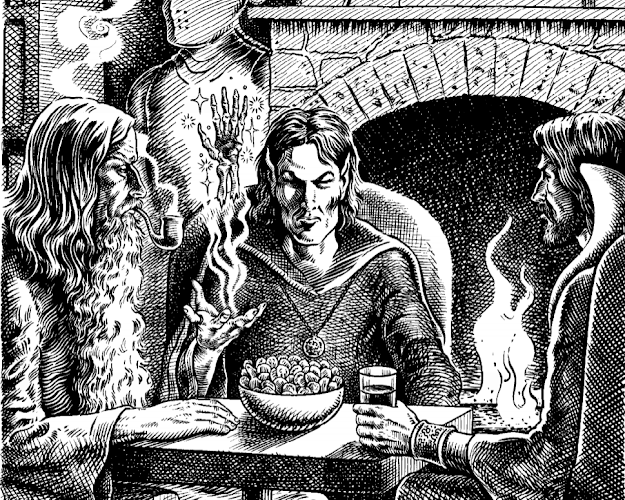 Edited to Add: The incredible Aaron Good actually recorded a performance of this song. It is an unholy abomination and I am delighted beyond words.

And now it’s time for “Silly Songs with Dalamar,” the part of the show where Dalamar comes out and sings a silly song.
Joining Dalamar are Mordenkainen and Elminster, who together make up
The infamous gang of scholarly wags, the Wizards Who Don’t Do Anything.

CHORUS: We are the Wizards Who Don’t Do Anything!
We just stay home and read a lot
And if you ask us to do wizarding, we’ll just tell you
We don’t do anything!

M: Huh? What are you talking about? What does a cockatrice or Takhisis have to do with being a wizard?
E: Hey, that’s right! We’re supposed to sing about wizardy stuff!
M: And who’s ever studied gully dwarf? They’re racist nonsense, why even bring it up? Am I right? What do you think?
E: I think you look like Todd Kenreck
M: Huh? No I don’t
E: Do too
M: Do not
E: You’re making me CENSORED
M: That’s it, you’re getting banished
E: Says who?
M: Says Idle Champions
E: Oh yeah? Aye, aye, Champion Avren, sir!
M: Mirror image!
E: Yikes!