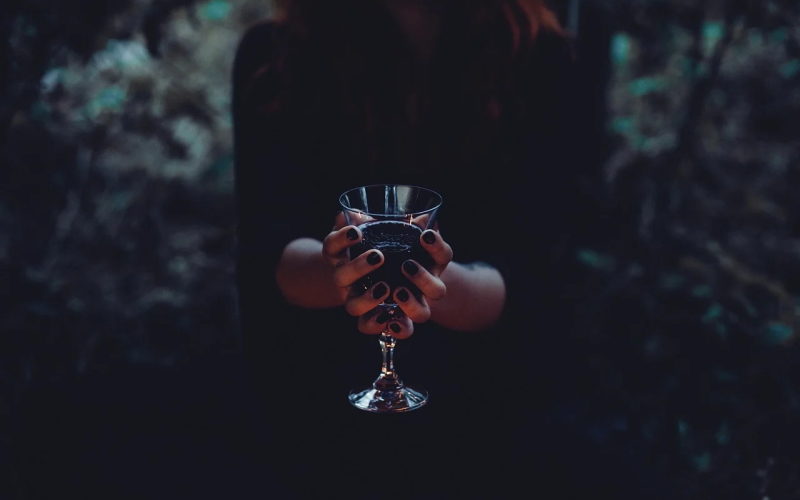 This is another rough draft of a subclass for Under the Seas of Vodari, the upcoming aquatic campaign setting that expands on the Seas of Vodari setting. Thanks to, you know, the whole spellbook thing, coming up with exciting and thematically relevant wizard concepts poses certain challenges. This is what came from our conversations about it.

The Bloodbinder wizards take the blood of creatures, as well as ichor from celestials and fiends, to gain occult knowledge and strange powers. They capture and store the blood in crystal vials for study and use. In the aquatic cultures of Vodari, they most often serve as advisers to monarchs and other powerful people.

Most aquatic Bloodbinders, and wizards intending to join them, inscribe their spells on thin plates of Ancient metal, which don’t corrode in saltwater.

You create and enchant three crystal vials. When you deal damage to a creature within 30 feet of you that is not an undead or construct, you can immediately use a bonus action to deal an additional 1d8 damage and pull some of its blood or other vital essence into one of your vials, as long as that vial is open and contains only air or water.

You can fill each vial once, and you can’t fill it again until it is empty and you have finished a long rest. A filled vial remains usable until you empty it as an action, or with the Scarlet Aspirant feature.

You can empty the blood from one of your crystal vials to gain certain benefits, depending on the creature type that the blood came from.

Aberration. When you cast a spell that deals acid, force, poison, or psychic damage and the creature has resistance to that damage, you can empty this vial to make your spell ignore that creature’s resistance.

Beast. You can empty this vial as a bonus action to gain advantage on Wisdom (Perception) checks for 10 minutes.

Celestial. When you cast a spell that targets one willing creature, you can empty this vial to grant the creature advantage on the saving throws of one ability for 1 minute.

Dragon. When you cast a spell, you can empty this vial to treat it as if cast with a spell slot one level higher.

Elemental. When you cast a spell that deals acid, cold, fire, lightning, or thunder damage and a creature has resistance to that damage, you can expend this vial to make your spell ignore that creature’s resistance.

Fey. As an action, you can empty this vial to give yourself or a creature you touch advantage on Charisma checks for 10 minutes.

Fiend. When you take bludgeoning, piercing, or slashing damage from a weapon is that isn’t magical or silvered, you can empty this vial to halve the damage that you take.

Giant. As an action, you can empty this vial to give yourself or a creature you touch advantage on Strength checks and saving throws for 10 minutes.

Humanoid. When an undead creature takes damage from a spell that you cast, you can expend this vial to add 1d8 to the damage it takes, as the blood makes them momentarily more like the living, and thus susceptible to your power.

Monstrosity. When you or a creature you can see within 30 feet makes an attack against a surprised creature, you can empty this vial to give them advantage on the attack. If the attack hits, the deal an additional 2d8 damage.

Ooze. When a construct or object takes damage from a spell that you cast, you can expend this vial to deal an additional 1d8 acid damage.

Plant. As an action, you can empty the vial to give yourself or a creature you touch 2d6 temporary hit points.

When you hold a crystal vial of a creature’s blood, you can use a bonus action to learn its condition immunities, damage immunities, damage resistances, and damage vulnerabilities, including the effects of any spells or magic items.

You can resistance to necrotic and poison damage, and you have advantage on saving throws against the poisoned condition. When you would take necrotic or poison damage, you can empty one of your crystal vials as a reaction to reduce the damage to 0 instead.

Once you use this feature, you can’t do so again until you finish a long rest, unless you spend a 4th-level spell slot to use it again.

I’m going for a classic blood mage, here, on the idea that people who can study sharks up close, and who have water currents to work with, might have a keen appreciation for the power of blood. Obviously, Scarlet Aspirant got a bit complicated, but I like that what you get from that feature changes based on what you’ve fought lately.

Let me know what you think!