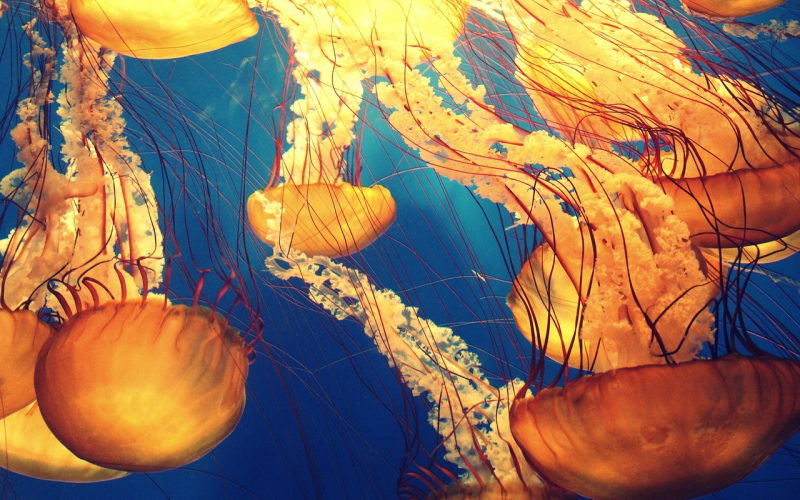 As another piece of my work on Under the Seas of Vodari, I’m writing some new spells. We’ll see how it turns out, but my intention going in is to create things that work above the surface just as well as underwater.

No actual enchantments in this list yet, I’m afraid. The title just spoke to me for some reason. Ahem.

Like all of the posts in this blog, this was originally posted in my Patreon. If you want to support my writing, that’s one of the best places to do it. Everything here goes up on my Patreon three days earlier.

When you cast this spell, a willing creature of your choice that you touch is rapidly encrusted with barnacles, covering any armor they wear and exposed flesh. The target’s senses and breathing aren’t impeded. They gain a +2 bonus to AC and resistance to piercing damage from nonmagical weapons, but their speed in all forms of movement is reduced by 5 feet for the spell’s duration. The target can choose to shed the barnacles and end the spell as an action.

When you cast this spell, you open a one-way rift in the ground from the Elemental Plane of Fire, which occupies a five-foot square of your choice on the ground within range. While the rift remains open, creatures within 60 feet don’t gain resistance to fire damage by being submerged in water, and you can maintain concentration on one additional spell that deals fire damage. Fire elementals within 60 feet of the rift don’t take damage from contact with water.

When you or a creature you can see within 60 feet of the rift casts a spell that deals fire damage, you can use your reaction to cause the spell to deal additional damage equal to your spellcasting ability modifier + the spell level expended.

Casting Time: 1 minute
Range: Touch
Components: S, M (a gemstone worth at least 10 gp, and see below)
Duration: Permanent, or 1 hour (see below)

Writing, in the way that surface-dwellers practice it, is impractical for most underwater peoples, making wizardry and other magical practices difficult. This spell provides one solution: a permanent illusory inscription inside a gemstone, which can be projected in an enlarged form for reading. When you cast this spell, you can inscribe one spell of any level, or up to 1,000 words of ordinary text, inside a gemstone that you are holding. To inscribe a spell, the spell also consumes gemstones equal to the cost to inscribe that spell in a spellbook.

Through repeated castings of this spell, you can inscribe up to 25 spells, or up to 25,000 words, in a single gem. This version of the spell is permanent. A gemstone affected by this spell has strange, faintly luminous occlusions.

You can also use this spell not to add a spell or text to a gem, but to reveal all of the spells or text currently inscribed in the gem. The spell or text appears as a faintly glowing two-dimensional image in a space within 5 feet of the gem. This version of the spell has a 1-hour duration, giving you sufficient time to prepare any number of spells from it.

This spell grants up to eight willing creatures you can see within range the ability to breathe air until the spell ends. Affected creatures also retain their normal mode of respiration.

When you cast this spell, your mouth opens and widens, and a second set of jaws emerges from your mouth. Make a melee spell attack against a creature within 5 feet of you. On a hit, the target takes 1d6 piercing damage, and you can immediately use your bonus action to attempt to grapple the target. If you do, you can use your spellcasting ability modifier instead of your Strength modifier. The grapple ends at the start of your next turn.

When you cast this spell, long jellyfish-like tentacles erupt from your chest to poison enemies. Up to three creatures of your choice within a 30-foot cone roll a Constitution saving throw, suffering 3d12 poison damage and becoming poisoned until the end of your next turn on a failure. On a success, they suffer half damage and are not poisoned.

I think there’s a better-than-average chance that I have lost my damn mind with some of these level benchmarks. I’m particularly concerned that encrust creature is too low, deep rift is too high, and stinging jelly lash has just nightmarishly bad At Higher Levels options. But what the heck, let’s try some weird stuff and see what other folks things. The fixes, at least, would be self-evident! (This version includes several tweaks from what I posted in my Patreon.)

Deep rift is a spell concept I’ve had on the back burner for a long time now, and I’m excited to hear what you think of the concept of it as a spellcasting buff. Admittedly, I wasn’t originally thinking of it for underwater use, and I’ve significantly retooled the idea to do that here.

Gemscribe comes out of a lot of conversations with Shawn Ellsworth about what parts of (sentient) marine life are just completely unrecognizable to surface-dwellers. Well, paper isn’t a thing, for starters.

Land-treading is here because we, like Ursula, have to solve The Ariel Problem. Just, you know, not quite the same way. I wanted to make sure it wasn’t just air breathing, because that’s actually not enough help for some of the UtS peoples.

Stinging jelly lash comes from way, way, way too many jellyfish stings on beach vacations over the years. I’m just as happy that no one ever told me I should pee on my foot or whatever.

I’m hoping that I’ll have ideas for another 5-6 new spells over the next couple of weeks.

3 thoughts on “D&D 5e: Enchantment Under the Sea”