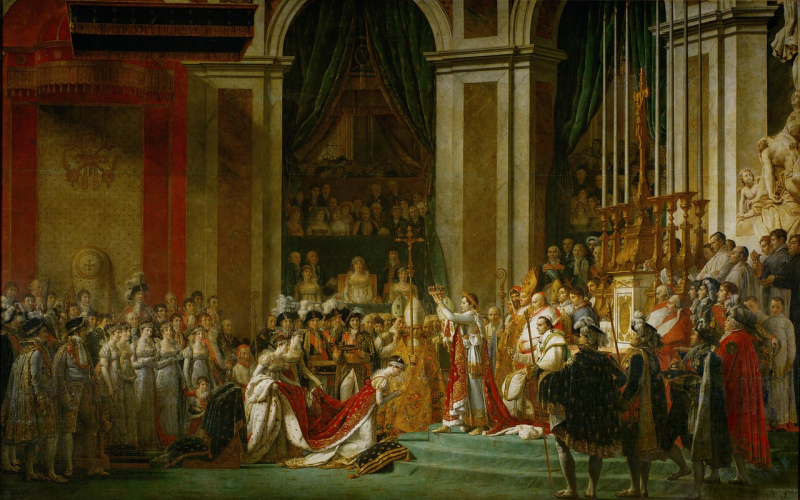 This is a continuation of the last post. I’m working through more of the Player’s HandbookBackgrounds and official variants.

By surviving one or more tests of loyalty, you rise to positions of influence in a royal or freelance intelligence service. You become a spymaster.

Spymasters sit at the center of whatever intelligence-gathering network they can construct or co-opt. More often than not, they have no fame in their own name. When you encounter an organized group that is neutral or hostile toward you, the DM selects one or more members who are your sleeper agents. The DM gives you their names and a way that you can communicate with them.

Furthermore, you learn conversational maneuvers that reveal people’s true loyalties. When you speak with a creature with Intelligence 4 or higher for at least 1 minute, you can make a Charisma (Deception) check opposed by their Wisdom (Insight). If you succeed, the creature says something that reveals its true loyalties. If you fail, the creature avoids your verbal trap, and becomes immune to your use of this feature for 24 hours.

As your fame spreads, you draw audiences from far and wide – including royal courts and other places of high status. You become a legendary entertainer.

Legendary entertainers are acknowledged masters of their art, and of keeping notoriously fickle audiences cheering for them. Your public performances become rarer, but they are now treated as significant cultural events. When you use the Carousing downtime activity, you roll twice and take the result you prefer.

Furthermore, it seems as if everyone wants to be your friend. When talking to someone who has enough contact with your culture and society to recognize your fame, you can roll Charisma (Performance) in place of Charisma (Intimidation) or Charisma (Persuasion). On a successful check, the creature is also charmed for 1 minute. You can use this feature once, and regain use of it when you finish a long rest.

As you rack up famous victories, you could become a legendary entertainer.

As an alternative to the second feature of legendary entertainer, you learn desperate techniques to dodge attacks. As a reaction when you take damage from an attack or an effect that requires a Dexterity saving throw, you can roll a Dexterity (Acrobatics) check, with a DC equal to half the damage dealt. On a success, you reduce the damage that you take by twice your proficiency bonus. You can combine this with the Uncanny Dodge reaction. You can reduce damage with this feature once, and regain the ability to do so when you finish a long rest.

As you continue to fight the good fight against forces of tyranny, you either become a master of living in the shadows as an outlaw (as the advanced Criminal background), or you gather a rag-tag band of revolutionaries as a throne claimant.

Throne claimants have discovered or invented a claim to the regional seat of power, anything from the barony to the imperial purple. When you enter a settlement for the first time, roll 1d6. On a roll of 5 or 6, the majority of the settlement supports your cause. Add 1 to your die roll result if you have scored a recent major military or political victory against the current holder of the title you claim. Subtract 1 from your die roll result if you have suffered a major military or political loss. If a settlement’s loyalties have already been established in the narrative, don’t roll. A settlement that supports your cause might offer a safe place to rest and resupply you, your companions, and a military force under your command.

Furthermore, you have learned to keep your supporters healthy in the wilderness. While you are in the wilderness, you can spend 1 minute gathering herbs. Make a Wisdom (Survival) roll against the saving throw DC of a disease or a poison currently affecting a creature that you administer the treatment to. On a success, the disease or the poisoned condition ends. On a failure, you can’t try again on the same creature for 24 hours.

It takes both hard work and political acumen to advance to the upper echelons of a trade guild. If you craft a masterwork or develop something new that the guild brings to market, you could become a craftmaster. Otherwise you could become a guildmaster (as the advanced Criminal background).

Craftmasters double the rate at which they craft goods, for magical and nonmagical crafting.

Furthermore, you gain a deep, intuitive sense for goods of the type you produce. When you spend your action examining an item your guild produces, you can roll a Wisdom (Insight) check against DC 15. On a success, you can identify up to 1d3 magical or unusual properties it possesses. You can use this feature once, and regain use of it when you finish a short or long rest.

The life of the hermit and rejection of worldly concerns doesn’t offer a path of advancement. Characters who start as hermits might become Acolytes or Outlanders. Some Acolytes discover a spiritual calling to retreat from the world and become a Hermit. Likewise, some Nobles go into hiding or undertake penance for misdeeds, and thus become Hermits.

As you receive new estates and titles, you could become a magnate, or you could be granted the honor of adoption into a royal or imperial house, making you a royal. Alternately, you might become a throne claimant and raise your own banner against the current monarch, or any other title of nobility higher than your own.

If you attain the throne (through any means) and become a regent or monarch, that’s firmly outside the scope of these rules.

Furthermore, while interacting with intelligent creatures who are subjects of the same kingdom that you belong to, you can roll Intelligence (History) in place of any Charisma (Intimidation) check, as you cite your ancient lineage and the privileges of your station.

Royals seldom directly administer the lands listed among their titles. Instead, you are part of the monarch’s household, able to come and go from the royal or imperial presence more casually than others. Short of treason or offending the monarch personally, a royal’s actions never have legal consequences. Political consequences, including being deposed or disinherited, are another matter entirely.

Furthermore, you can deliver a stirring speech to rally your forces. As an action, make a Charisma (Persuasion) check against DC 15. You gain advantage on this check if your current hit points are less than half your maximum hit points. On a success, creatures of your choice within 30 feet who can hear you gain advantage on the next attack roll they make before the end of their next turn. If their current hit points are less than half their maximum hit points, they regain hit points equal to your Charisma modifier + your proficiency bonus (minimum 3).  Each time you use this feature after the first, the DC increases by 5. When you finish a short or long rest, the DC resets to 15.

In addition to the advanced backgrounds of magnate, royal, or throne claimant, a knight could advance through the ranks of their knightly order to become a knight-commander. Not all knights belong to a formal chivalric order, and not all kingdoms have chivalric orders to join.

Knight-commanders lead a chivalric order, with varying degrees of military, administrative, political, and even religious authority. A junior knight permanently enters your retinue; if the knight dies for any reason other than your gross negligence, a replacement arrives in 1 month. You have the right to call on up to 6 guards.

Furthermore, you can call to mind the legendary deeds of the knights who came before you. As a bonus action, roll an Intelligence (History) check against DC 15. On a success, choose one of the following: you are no longer frightened, you don’t suffer disadvantage on your next attack roll, or you gain temporary hit points equal to half your level. You can use this feature once, and regain the use of it when you finish a long rest.

That’s what I’ve got this time around – in Part Three I’ll cover Sages, Sailors, Soldiers, and Urchins. (…rich man, poor man, beggar man, thief.) If you have thoughts on how this project is shaping up, I’m interested to hear them – I don’t pretend that this is perfect right out of the gate, but I hope that there’s enough of interest here to make revision worth my time, moving toward eventual publication.

2 thoughts on “Leveling Up Your Background, Part Two”