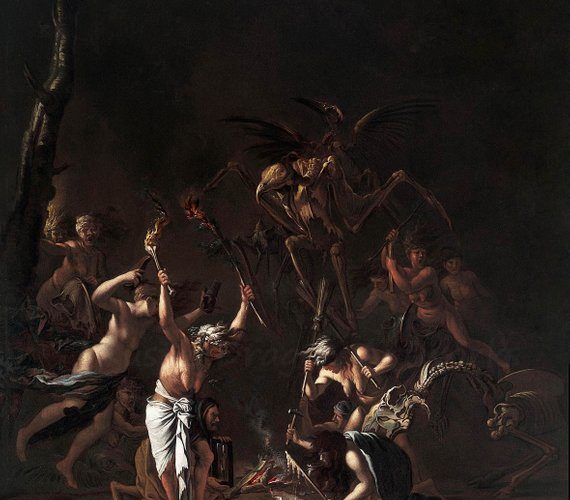 I’ve commented on warlocks a lot in this blog, and some of those posts are among my most-viewed. I stand by the problems, but some of the solutions I’ve explored don’t quite suffice. In the past few years I’ve talked to Kainenchen and GFo about their experiences with the class. In this post I’m going to recapitulate a few of the issues and offer new solutions. This all comes to mind because of Walrock Homebrew’s Twitter thread today, which also offers a compelling answer.

Let’s take this from the top. Eldritch blast is a warlock cantrip (SRD). Without further enhancement, it’s kicking out d10s, the same damage as fire bolt, but split into multiple (scales up to 4) attacks rather than one shot. Bards can take it with Magical Secrets; anyone can take it with Magic Initiate. But the thing that makes it incredible is an Eldritch Invocation, Agonizing Blast.

Ag Blast adds your Cha modifier to the damage of each blast of eldritch blast. There are plenty of subclass features in other classes that add your casting stat modifier to your cantrip damage; Ag Blast is unusual in that it only modifies a specific cantrip, and it can apply its bonus multiple times per casting.

So imagine a warlock trying to use any other damaging cantrip, with the following comparison. Assume 18 (+4) Cha.

Chill touch looks like a reasonable choice, something you’d use occasionally, when put up against eldritch blast without Ag Blast. It’s losing the damage race, but if the enemy can do any healing, healing denial is more net harm than that margin of 1-4. With Ag Blast on the table, chill touch loses in almost all likely situations, unless you know for sure that the enemy is waiting for a round that there’s no healing denial so they can drop a huge healing spell. The margin starts at 5 points and climbs to 20 – so for anything short of big healing spells (very rare among Monster Manual stat blocks!), healing isn’t even keeping up with that damage margin, much less the total output.

What I see is that for warlocks who aren’t Blade Pact, picking anything other than eldritch blast at 1st level and Agonizing Blast at 2nd level is a statement that you don’t want to do well in combat. I already know that approximately eleventy-dozen of you are working up a dismissive reply about how you shine outside of combat and you focused on other things. That is great for you, but you could have spared one cantrip and one Eldritch Invocation. When the choices are this slanted, it’s barely a real choice. It’s a tax.

There are also a lot of you – probably even more than eleventy-dozen – gearing up to tell me that eldritch blast is to the warlock what a weapon is to the fighter, so “I cast eldritch blast” is no more boring of a choice than “I attack with my greatsword.” If that’s your take on it, then this post is not for you. Kainenchen loves the story side of her warlock, but finds that the combat gameplay is tedious where her Battle Master fighter is fun. In itself, that’s a strong recommendation for exploring Walrock Homebrew’s idea, in the linked thread above.

For the past few years – while the warlocks in the various games I’ve run and played have been low-level – we’ve gotten by with simply banning Agonizing Blast, granting all casters a minor flat add to cantrip damage, and giving warlocks some other miscellaneous help (Mystic Arcana for 1st, 2nd, 3rd, 4th, and 5th-level spells at warlock levels 1, 3, 5, 7, and 9). I’ve really liked the effects of the extra Mystic Arcana – our adventuring days so rarely have 2 or more short rests that they help warlocks do the interesting thing a few more times a day.

The problem here is fairly clear: with so few spell slots, warlocks (again, not counting Pact of the Blade) have to spend far more of their turns on cantrips than other primary spellcasters. The extra damage from Ag Blast is what makes them fit expected damage output, where other primary casters are still burning through actual spell slots.

The damage bonus of Ag Blast needs to come back for our group in some form. Spending an Eldritch Invocation to keep up with the expected damage output is kind of rotten, though. No one makes other classes spend a choice point to keep up with expected damage (aside from ASIs to get your attack stat up to 20). Even Great Weapon Master feels like it’s above and beyond, not an expected minimum. I guess it’s possible that that’s just my perception, but feats are optional gives some credence to my point.

If Ag Blast feels like a tax rather than a choice (and while we’re here, same for Lifedrinker & Thirsting Blade), then let’s just do that. But let’s also solve the problem where only one cantrip is worth your time, and no other attack cantrip gets any benefit. New feature:

At 5th level, choose either Eldritch Power or Thirsting Blade. If you choose Thirsting Blade, you also gain Lifedrinker at 12th level. These choices do not cost Eldritch Invocation slots.

I dislike Repelling Blast and Eldritch Spear, but not enough to get rid of them or rewrite them. Mainly I dislike that there are all of these benefits for eldritch blast and nothing to support any other cantrip choice.

Another effect of this change is that you need Eldritch Invocation slots to be the best Pact of the Tome warlock you can be (and, well, Book of Ancient Secrets is amazing, so why wouldn’t you?). Chains of Carceri is more debatable, and Voice of the Chain Master is interesting and fun but not an absolute must-buy. I’m still incredibly disappointed that no Pact of the Chain invocations lean into either making the warlock play like a pet class or involve the familiar teaching new spells. That just seems like wasted narrative and mechanical interest.

For peak sustained damage, spells that involve spell attacks still beat spells that force saving throws, even with the Eldritch Power feature, because hex only boosts damage on a spell attack. On the other hand, warlocks do have other things worth doing with their concentration than running hex, and it’s a shame that this gets obscured.

At many levels, eldritch blast + Eldritch Power + a quite likely 20 Cha still results in higher damage than, say, frostbite‘s 1d6 + warlock level. Eldritch Power also still favors eldritch blast in Warlock 5/[$other_class] X multiclassing. I’m not trying to smooth out damage completely or solve for all possible cases, just as WotC doesn’t smooth our damage completely or solve for all possible cases. Once you’re paying 5 levels into a multiclass effort, it’s not really a class dip anymore – if you’re willing to pay 5 levels for a really smokin’ eldritch blast, then I feel like you’ve earned it.

A lot of folks have done interesting work in trying to strengthen the decision points of the warlock’s gameplay loop. Stands-in-the-Fire’s exploration of the topic is not to be missed.

Obviously, the addition of Eldritch Power, or granting Thirsting Blade/Lifedrinker for free, represents pure power increase, except that you now can’t take Agonizing Blast at 2nd level. Reducing the draw of the two-level warlock class dip is… not an accident. In the balance, though, getting rid of false choices and getting all warlocks of 5th level and above to the place the game expects them to be, while also re-validating other cantrip choices, makes 1-2 free Eldritch Invocations a no-brainer to me.