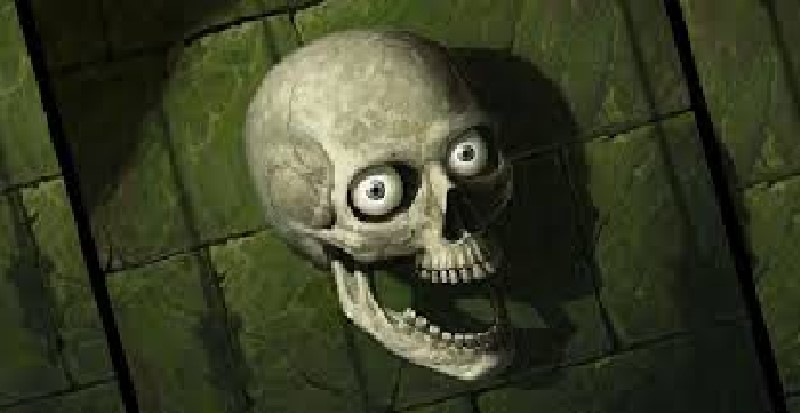 The idea of henchmen NPCs in a D&D party goes all the way back to the earliest games, and was most recently part of official release in D&D 4e. Now, 5e characters are not all that complicated at low levels, but there are still a few more moving parts than one necessarily wants in a henchman or hireling character. I’ve created a collection of NPC stat blocks, and I’ll talk a little about how I see them getting used.

The Department of Humanoid Resources

Contrary to the most traditional use of hirelings, I don’t see these as characters you pick up to make 1st level survivable – that’s a problem I solve a different way. I’ve written these stat blocks to be about as durable as 3rd or 4th-level characters, so that they can tag along on the adventures of characters of 4th to… let’s say 10th level or so. I think they’ll also make good NPCs for escort quests – a more common adventure model in MMOs than tabletop games, but hey, let’s try new things. Their traits emphasize that they are secondary to the PCs, and their action economy should stay simple.

For hirelings, my recommendation is to let the hiring player control them in combat, but go troupe-style and let another player control them for conversation, with interjections from the DM if that character needs to be the mouthpiece of exposition. (Since this is mostly not why you have hirelings, it shouldn’t come up much – the scholar stats are not really suited to being a combat hireling.) For escort NPCs or more ambiguous accompanying Companions, like a certain talking skull, it’s probably good to let a player control them in combat as long as they are on board with not just sacrificing that NPC, but the DM probably needs to keep conversational control of the character. If you’re in the kind of troupe-style campaign that comfortably supports the DM handing the talking skull’s briefing over to a PC, though, more power to you.

In theory, these characters should be diluting XP awards, if you’re using XP-for-monsters-slain. I don’t recommend that approach, and based on the conversations I’m seeing, I think it’s a sharply diminishing model for a whole lot of very good reasons. If you do, though, I’d say to treat a Companion as a half-share of XP, since they have a decent number of hit points, but otherwise don’t come equipped with a full boat of character features.

For Companions that the PCs get really attached to, and who stick around for multiple adventures, I absolutely encourage the DM to grant them ad-hoc advancement when the PCs (or just the hiring PC) level up. Working out your own system of granting them mechanical advancement when the Nameless One hiring character hits certain conversational marks is left as an exercise for the reader.

Sycophant. When the apprentice uses the Help action, the creature they help also gains advantage on Wisdom and Charisma saving throws until the beginning of the apprentice’s next turn.

Scholar (Companion)
Small or Medium humanoid (any race), any alignment

Sage Advice. When the scholar uses the Help action and the attack or ability check succeeds, the target creature gains 1d6 + 3 temporary hit points. The scholar can use this feature 3 times, and regains all expended uses on a short or long rest.

Danger? Where? The scholar is typically oblivious to the danger of anything but the most dangerous monsters. When a trap makes an attack against the scholar or forces the scholar to roll a saving throw, the scholar must spend a reaction to choose a different target if any other creature is within the trap’s reach or range.

Live to Tell the Tale. As a reaction when the scholar would take damage, the scholar can move up to half its speed. This movement does not provoke opportunity attacks. If the scholar ends this move behind cover, the cover counts as one grade better, up to total cover.

Equipment. The scholar typically has a random collection of 1d4+1 spell scrolls of 1st and 2nd-level spells. The scholar can use them as if the spell were on their spell list.

Interesting Facts. The scholar chooses a creature within 30 ft and rolls an Investigation check against DC = target’s CR (or level) + target’s Wisdom score. On a success, one other creature that can hear the scholar gains advantage on its next attack roll against the target, and on a hit deals an additional 1d8 damage.

Squire (Companion)
Small or Medium humanoid (any race), any alignment

Team Player. When the squire uses the Help action to grant advantage to an attack, the attack deals an additional d6 damage on a hit.

Shield-bearer. While the squire has a shield in hand, when a creature within 5 feet moves, the squire can spend a reaction to prevent opportunity attacks against the moving creature.

Shine the Light. When the torchbearer carries a light source and uses the Help action to aid an ally within the area of their light, if the ally succeeds at the task, they gain a +5 bonus to passive Perception until the beginning of the torchbearer’s next turn.

I think the various Help+ actions are the core of running Companions – they’re ways for the NPC to make the PC more successful, while still communicating something about the NPC. If you want to use these Companions before around 3rd level, that’s fine – either lower their hit points, or kinda openly acknowledge that the Companions are super beefy compared to the PCs, and you’re doing it to make sure the PCs survive to 3rd level. No shame in that. I don’t personally condone the use of DMPCs, but if you’re really sure that’s a thing you want to do, these characters are pretty good for keeping the spotlight on the PCs and, ideally, reminding the DM not to make decisions for the party.

The Apprentice Wizard’s cantrips are limited-use to make sure they don’t steal thunder from PC wizards who may not yet be all of 5th level to improve their ray of frost damage. It shouldn’t be too hard to tweak this stat block into being a neophyte bard, cleric, druid, sorcerer, or warlock, if that’s what you happen to need.

As I’ve mentioned, the scholar is more suited to being an escort NPC than being a Companion. (If you want a character to be more like Lantry from Tyranny, build a proper College of Lore bard.) I see this stat block as basically representing Marcus Brody, and every scholar in an MMO who makes you take them on a tour through ruins so they can take rubbings of the inscriptions or whatever – oblivious but not quite suicidal.

In a future post, I’d like to explore more outlandish Companions, probably only suitable to single-player or substantially higher-level campaigns. Either of those situations would suggest a tonal shift away from comical ineptitude and toward a more textured dramatic foil.